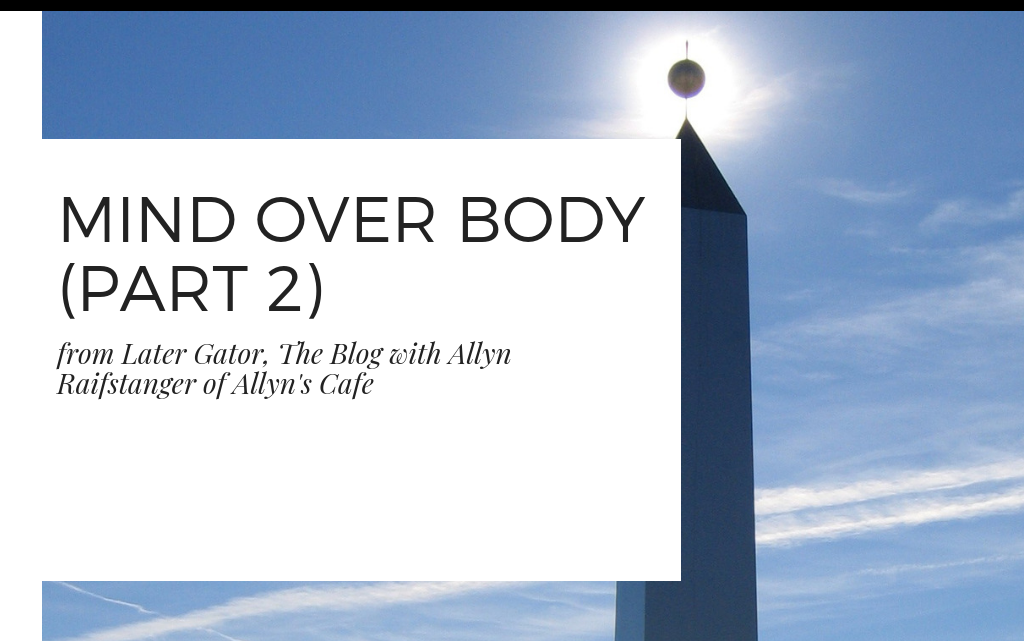 0
If you didn’t read my last blog this won’t make much sense, so I suggest you look back on it. I’m learning that health may be a state of mind. You have heard of the placebo effect when patients are given medicine that they think will cure them but it’s only sugar water or salt water. Their bodies sometimes heal, or they get better and react as if it was medicine. The mind is powerful, and we still are only beginning to understand it. Visualization is a technique we can use to comprehend our well-being. I must admit that I am a beginner at this but through meditation it may be possible to learn more about the human spirit and perhaps even what ails us.
I listened to a lecture by Bernie Siegel MD called Master the art of living. One point, of many he made, was you can make the invisible visible through drawing. Many times, he would ask patients to draw a picture of themselves. Their inner consciousness brought things to their drawings that he often was able to interpret and diagnose from deep down in the body and soul. At least that’s what I understood from his statements. I wanted to make a quest to find out what was deep down in my mind and Taryn Toomey may have given me the blueprint.

In my last blog, I couldn’t wait to go running the day after my profound experience with Taryn Toomey’s ‘The Class.’ During ‘The Class’ in deep meditation, I had found this dark Spiky Ball in the middle of my mind’s eye that could be the culmination of years of negative thoughts, bad experiences and something holding me back from my potential. I needed that Fire that Toomey was talking about to get rid of it. I had an anxious excitement prior to my four-and-a-half-mile run.

I started the next day on a cool winter afternoon, in Mount Lookout, Cincinnati, and followed the protocol from Toomey, or at least my version of it. I cleared my mind and let my arms fall by my side, shook my hands out as I loosened up for the first half mile or so. I focused on my heart and breathing. Out of the blue, I thought of a documentary called DMT: The Spirit Molecule, (Gravitas Ventures 2011, Director Mitch Schultz) According to the documentary ‘Dimethyltryptamine (DMT) is a naturally occurring psychoactive compound, which exists in humans and potentially every living organism.’

It’s also a powerful psychedelic narcotic. The documentary is scientific, yet a unique perspective of tripping on DMT and traveling out of body to our origin and creation. There is a place in the film with detailed interviews of the volunteers taking the DMT and their interpretations and visual renditions of their psychedelic trips. The documentary was so intriguing I watched it again later.

In one interview a person said when the drug was administered within moments a there was a noise that got louder and louder until it was unbearable, and a rod would extend up his spine pushing through his skull. Then this psychedelic journey took him back to the origins of the universe where we all came from. Hard to do it justice trying to explain it here, but it is an interesting if not amazing watch. What resonated in my mind as I was running was that rod that pushed up through the spine?

The Power of Visualization

I knew I needed to awaken my soul and find the spikey ball. I am not on drugs or for that matter DMT, I’m jogging, but for some reason, that rod is on my mind. I listened to my constant breath and slowly pounding heart. My eyes are open but only to make sure I don’t run into a car or vice versa. I am relaxed and focusing within. I visualize my heart beating and heating up and then I inwardly direct an Obelisk (four-sided tapering monument with a pyramid type top) to push upward from my heart into the spikey ball that I now see.

The top of the obelisk is pressing along the bottom of the slowly rotating spikey ball and I visualize it being pushed through the top of my skull. I ask my heart to heat the obelisk, fire it up. My spine and head are straight, and I usually run with my head slumped forward. The obelisk is pushing this rotating ugly spikey thing out of my body, it’s spinning inches over the top of my head. I continue to ask my heart to super heat the obelisk and conjure the spikey ball to start spinning faster. I envision the ends of the spikes starting to spew this milky fluid out of the ball. I get very angry at the ball and am using profanities in my head to get the substance the ‘F’ out. Spin faster and push the F’in fluid out. Heat the interior of the ball resting on the obelisk so hot that the fluid turns to steam. I see the ball spinning at the speed of a washing machine in spin cycle. The fluid was gushing out and then the steam spewing all over the landscape. And the spikes begin to disappear, and the ball is still spinning but slower. The ball has the surface of a yellow orange and is turning gold and tan. I am halfway through my 4 ½ mile run and am feeling relieved as the ball begins to shine and become smooth and yellow.

As it spins, I conjure the ball to take in the eight positive emotions I spoke of in the last blog. Awe, love, trust, gratitude, forgiveness, compassion, joy, gratitude and hope is all around me. I am asking god to bring it in while this ball is still outside my body. It’s a grey day but I thank the cloud cover for its blanket over the earth, the baron trees for sleeping during the winter so our resources are replenished, the beauty of nature, the awe of technology, the wisdom of our human nature to fabricate this world we live in. I make many gratitude offerings to our humanity and humility. I realize that this internal ball thing, now in the external world needs to return to my body revitalized with good omens. I let my visualization taper, and the slowly spinning smooth gold object comes back into my mind. I start winding down my run, relaxing into the last half mile.

I am feeling very tranquil as I stop where I normally do, at the bottom of the hill before my house. What happened next, I almost can’t describe. I walked up my hill and saw this person walking their dog down the street. He is the only one in the neighborhood that allows his dog to defecate on my lawn and my neighbors. (caught him once but he didn’t see me) He smiles and says good morning and in his left hand is a bag with his dogs’ poop. Wooh, I contemplated. Then I walked into my house and my wife says something to me and I can immediately sense the slight stress in her tone. This stress was something I wouldn’t normally notice. I didn’t want to listen to the TV, music or anything as my state of mind was so pure and relaxed, I didn’t want to corrupt it. I was at a peace with myself such that I have never experienced. I wasn’t tired from the run but from the mind, experience fatigued me. I have not tried that run since. Perhaps, it’s use is more as a cleanup or reboot for down the road. I am still meditating, and the obelisk seems to occupy my body, ready to push any future spikey balls the hell out of my head.

Just a few notes on this bizarre blog. Please don’t think I’m out of my mind. Pardon the pun. What I just described to you was true and a stunning revelation to me. I painstakingly went back through this experience so that it could make sense to you and the effort was as almost as fatiguing as the original. I study Integrated Nutrition and spirituality and exercise are part of the 12 elements of the circle of life which is Primary Food. I believe that we can all achieve a higher potential in health and wellness. Although visualization may seem out of the ordinary, it has a lot of common practices. Refer to my page on Integrated Nutrition on this website for more information about what I do.

Thank you and until next time all the best, Allyn